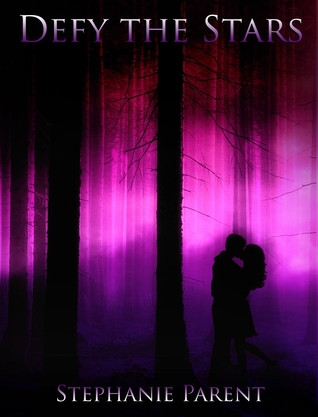 Julia Cape: A dedicated classical piano student just trying to get through her last semester of high school while waiting to hear from music conservatories.

Reed MacAllister: A slacker more likely to be found by the stoners’ tree than in class.

Julia and Reed might have graduated high school without ever speaking to each other…until, during a class discussion of Romeo and Juliet, Julia scoffs at the play’s theme of love at first sight, and Reed responds by arguing that feelings don’t always have to make sense. Julia tries to shake off Reed’s comment and forget about this boy who hangs with the stoner crowd—and who happens to have breathtaking blue eyes—but fate seems to bring the two together again and again. After they share an impulsive, passionate kiss, neither one can deny the chemistry between them. Yet as Julia gets closer to Reed, she also finds herself drawn into his dark world of drugs and violence. Then a horrific tragedy forces Julia’s and Reed’s families even farther apart…and Julia must decide whether she’s willing to give up everything for love.

Defy the Stars is written in an edgy free-verse style that will appeal to fans of Ellen Hopkins and Lisa Schroeder; however, the writing is accessible enough to speak to non-verse fans as well. The novel’s combination of steamy romance and raw emotion will appeal to fans of Gayle Forman, Simone Elkeles, Jennifer Echols, and Tammara Webber. With a story, language and form that both pay homage to and subvert Shakespeare’s play, Defy the Stars is much more than just another Romeo and Juliet story.

Defy the Stars was beautifully written.  I didn't give it 3 stars due to not liking it.  I just get so emotionally involved with the characters that I want them to have happy endings.  I know this story was a modern-day retelling of Romeo and Juliet, but I was hoping that the story would change.  At the beginning, of the story, it lets you know the ending and that someone dies.  I almost didn't read it because of that.  I mean what is the point if one is going to die. I continued reading though hoping for it to change.  The ending had a little change to it, but it still broke my heart.  Defy the Stars is written in verse as well.  This is the first book I have read in verse, and I loved it!!!


Julia loves playing the piano.  She has her whole life figured out.  She plans and organizes everything in advance.  All that changes when Reed steps into her life.  They immediately have a connection, and I got to see that connection grow through the story.  The thing is Julia doesn't believe in love happening that quickly.  I loved watching her sort these feelings out.  She was a character that I was easy to relate to.  She wanted to help Reed anyway she could,.

Reed is a stoner.  He takes meth and other drugs to escape reality when it is bad.  He gives up.  All that changes when Julia steps in his life.  He loved her from the moment he heard her play the piano and loves her more than anything in the world.  His brother put him in a bad place though.  When he started to get on the right track, his brother gets arrested so Reed has to take care of his brothers debt.  If not he will be killed.  I was so rooting for him in this book.  I really wanted him to beat the odds and win.

I didn't like where this book mainly focuses on drugs.  Reed did drugs nonstop, but then Julia starts doing drugs as well.  I didn't like reading about the details of what it felt like to get high.  I wouldn't want young adults to read that, because that would make them want to try it.  That was the main issue I had with this story.  Other than that, I enjoyed it!!!

About the Author
Stephanie Parent is a YA author repped by Brenda Bowen of Sanford J. Greenburger Associates. She is a graduate of the Master of Professional Writing program at USC and attended the Baltimore School for the Arts as a piano major.